Hiro Yanagimachi, a Guiding Star of the Japanese Bespoke Revolution

Over the past couple of decades, Japan has emerged as a classic shoe lover’s heaven. There is now a larger number of bespoke shoemakers in Japan than in any other country, many of them deeply revered by aficionados worldwide for their exquisite designs, unparalleled attention to detail and overall devotion to perfection. Tokyo-based shoemaker Hiro Yanagimachi was one of the early pioneers of this development.

In recent years, Japan has seen an unprecedented rise in the number of small-scale bespoke shoemaking operations. There has also been a great upsurge in the Japanese interest for classic men’s shoes in general, spawning not only many makers but an entire subculture in its wake. There are now plenty of shoe-shining clubs and bars, shoe magazines, shoe care businesses and competent cobblers in the country. 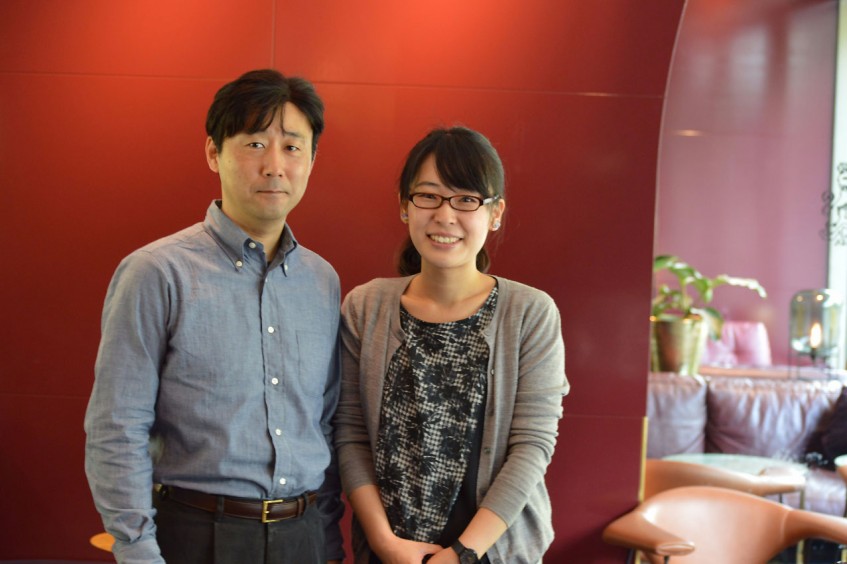 Japan has long been famous for various types of artisanal craftsmanship, but as for classic shoemaking, things looked very different back when Hiro Yanagimachi set off to become a shoemaker. We got the opportunity to sit down and have a chat with him and Konomi Egawa, one of his staff members, a Sunday morning in September 2016 just after the Shoegazing Super Trunk Show in Stockholm.

Hiroyuki, as is his full given name, started off his career as an industrial designer, working for various Japanese electronics companies until his late 20s, when he decided it was time for a career change. He had grown frustrated with various aspects of his work, and felt drawn towards shoemaking – he felt that it could bring him a certain type satisfaction that working with home appliances could not. ’I loved shoes. But I knew that it is a complicated product where quality and fit is very important: you wear them every day, and if the shoes fit well, it is very nice – but if the fit is not appropriate, it can feel very bad.’

Coming from a design background, Hiroyuki quickly got a grasp of the basics of shoe design, but did not yet fully understand all the intricacies of crafting a pair of classic men’s shoes. Japan did not have many bespoke shoemakers at that time, and he had a hard time finding a place to learn shoemaking in his home country.

Hiroyuki was an ardent admirer of English shoemakers John Lobb and Crockett & Jones, neither of which had a strong presence in Japan. His appreciation of English craftsmanship eventually led him to try his luck in London, where he started taking evening courses in the hand sewn welting method at the Cordwainers’ College in 1995. Eventually he was lucky enough to be taken on as a last making apprentice at John Lobb, and was also allowed access to Northampton factories to study industrial-scale shoemaking processes and various other aspects of the craft.

After spending a few years in England, he returned to Tokyo and was offered a workspace at the famous World Footwear Gallery in Jingumae, Tokyo, where he established his own business in 1999. He eventually outgrew this workspace and moved into his own workshop in Sendagaya, Tokyo in 2008.

Hiro Yanagimachi’s business has seen significant growth since then, and he has expanded his product range to include not only bespoke shoes but also a made-to-order line and leather accessories. His dedicated team now includes two shoemakers, two upper makers and three persons focusing solely on leather goods and accessories – eight persons in total, including Hiro himself.

What was the hardest part about building your own bespoke shoemaking business?

When I started, there was no culture of bespoke shoemaking in Japan. People wanted to order from abroad and many Japanese were very focused on a few well-known brands. There were no skilled bespoke shoemakers. I often felt the need to educate my customers about shoemaking and to tell my story. They needed to get a glimpse of the process of shoemaking, otherwise they were often too focused on only two things: brand and price. It was a challenge to get people to choose individual shoemakers before big brand names.

That was why I chose to start making shoes in an open workspace inside a shoe shop. Customers could see everything from pattern making to last making and finishing, and they could take in the sounds and smells. It gave them the whole experience, instead of only seeing rows of finished shoes on a shop shelf. I believe that this helped to gradually build an understanding and appreciation for the craft, and even inspired many young persons to become shoemakers themselves.

Shoemaking is complicated and even though I had acquired the basic knowledge in England, I still had to develop many techniques myself. I understand a lot of things now that I didn’t before. For example, I struggled to make consistently well fitting shoes in the beginning, and I have developed my current last making technique together with my staff. Every new shoemaker struggles to learn. Promotion and business skills are also important, and I developed mine myself and finally found a way. It was fun but also did not come easy.

There are many young bespoke shoemakers in Japan today. Do you keep in touch with other makers?

We all know each other, but we belong to different generations. Sometimes young shoemakers come into our workshop to get in touch with others in the business. In 2007, we started a training program for shoemakers wanting to learn the craft, and I’m usually welcoming to people who really want to learn.

I have many friends in the business, and of course we share some ideas. You could say that they are good competitors – good competition makes for good results. But because the interest for bespoke shoemaking has grown so fast in the recent years, there is also more and more competition. There are now many shoemakers making great shoes, and everyone is competing for the customers, so in a way it is more stressful today.

Why is there such a big interest for bespoke shoemaking in Japan?

Also, with so many products being made by machines today, shoes that are made by human hands are seen as something special. Many young people want to have a job where they can feel human and not just like a replaceable cog in a machinery. But communication with customers is also a very important aspect. We get to know our customers, and we are actually making shoes for someone – not like a factory job where you are making things for unknown people.

Many young people also start working in shoe repair shops. Bespoke shoemaking is difficult to learn, so many who really like shoes will go into the repair business.

How would you describe your house style?

We offer many classic styles, like the black cap toe, the semi brogue and full brogue. People generally love these styles, but some people want something new and less traditional. I like and respect the classics, so I develop new styles with them in mind – I keep some classic elements in all my styles, even if I develop something new. For example, we have many variations of the ghillie shoe, and we have split toes and apron fronts with Oxford lacing. We like to be able to offer a wide range of styles, both traditional and innovative ones.

You need a thorough understanding of the classic, traditional designs – the meaning of every detail – to be able to go your own way. So many young designers try to go their own way without understanding the fundamentals. They don’t understand classic style. So when they change the lines, it doesn’t make sense. When I break conventions, I still keep the flow of classic design. I always think about shoes and keep my mind open to inspiration from anywhere.

What can we expect from you in the future?

You can expect many trunk shows abroad. Little by little the Japanese market for bespoke shoes grows bigger, but it is still not very big. We need to find new ways to grow our business. I am a bespoke shoemaker, but bespoke shoes are expensive and not everyone can afford them. So I have developed a made-to-order system, making shoes to bespoke specifications using a finished last and fitting shoes.

I believe that well-fitting shoes made up in great materials should be for everyone, so we now offer these made-to-order shoes at a more affordable price point. I think we need to find new, innovative ways to reach the market, and I look forward to a future when it is considered normal to go to a bespoke shoemaker to have shoes made, not only buying finished shoes off-the-shelf. 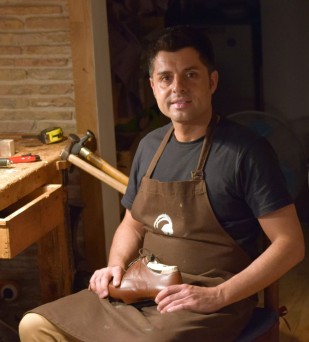 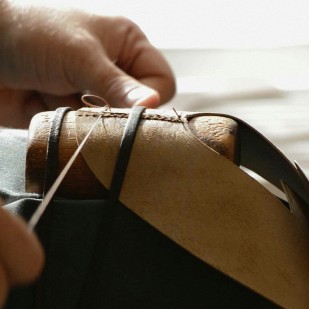 Who is Who in Bespoke Shoemaking: Dimitri Bottier 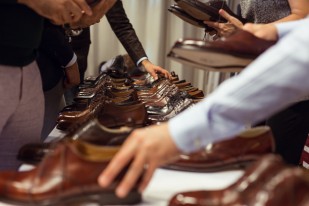 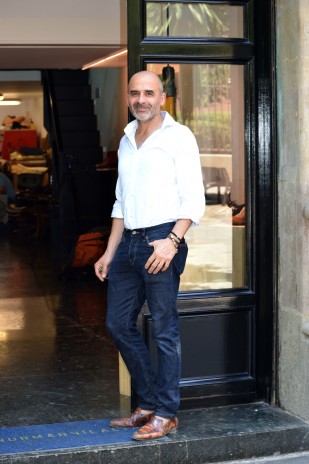 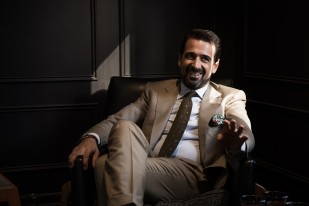